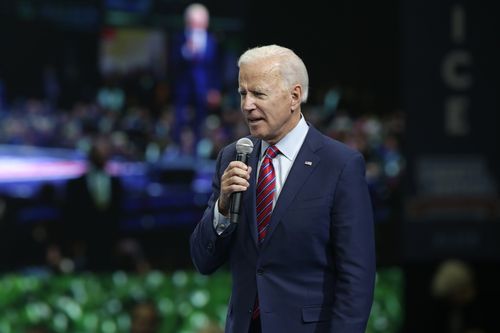 Majority expect Trump to win in 2020

Unsubstantiated claims by President Trump alleging improper business activities in Ukraine and China by Hunter Biden - the son of former Vice President Joe Biden - have failed to knock the elder Biden out of first place in the race for the Democratic presidential nomination, a new Fox News poll shows.

Indeed, about four in 10 voters say they will be thinking "a lot" about Trump while casting their ballot for president next year, including 68 percent of Republicans.

The Monmouth University poll released Tuesday found that 62 percent of Trump supporters said they could not think of "anything that Trump could do, or fail to do, in his term as president that would make [them] disapprove of the job he is doing".

Eighty-five percent of Republicans believe Trump will be reelected, compared to 51 percent of independents and 35 percent of Democrats. Klobuchar will join Biden, Buttigieg, Sanders, Warren, and California Senator Kamala Harris in a debate hosted and moderated by Politico and PBS.

In Iowa - where Biden was leading just two weeks ago - he has now slipped into third place, behind Warren and Buttigieg.

Caucusgoers who most prefer an electable candidate are split between supporting Biden, Warren and Sanders (all at 21%), while those who prioritize someone who is a good leader strongly support Buttigieg (32%). Results from the full survey have a margin of sampling error of plus or minus 2 percentage points.

However, Biden's momentum recovers in Nevada, where he maintains a 5-point lead, and in SC, where he holds a substantial 20-point lead, according to RealClear Politics averages. Similarly, Sanders and Warren hold 8-point and 5-point leads over Trump, respectively.

Behind the top tier are Minnesota Sen.