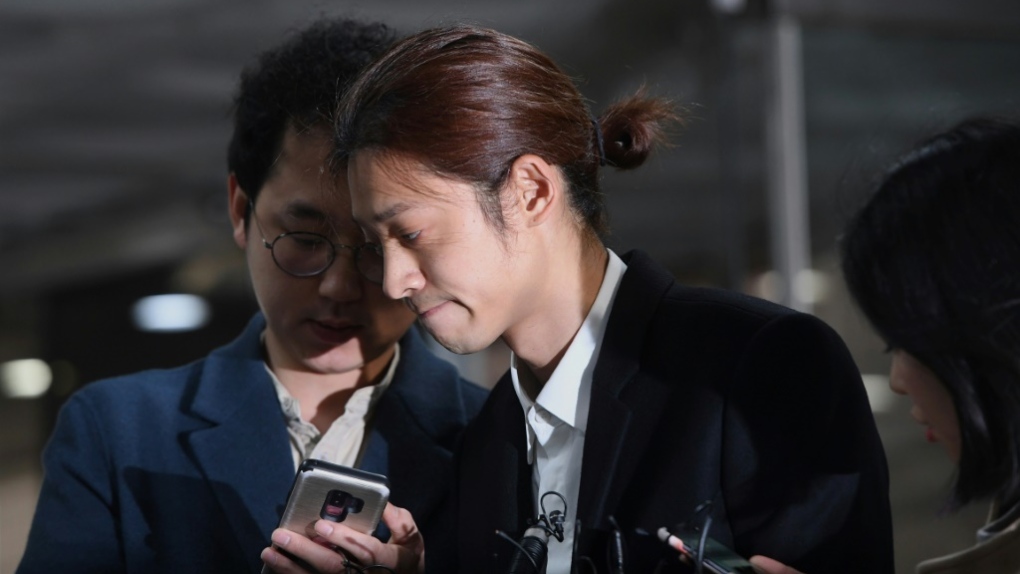 Jung Joon-young, 30, and Choi Jong-hoon, 29, were found guilty in a Seoul courtroom on multiple rape charges, with Jung sentenced to six years in prison because of the offenses, and Choi sentenced to five years for his culpability in the crimes, according to multiple news outlets.

Delivering the sentence, judge Kang Seong-soo said that Jung had raped women who were "drunk and unable to resist, filmed them nude and having sex, then spread it on a group chat", according to the BBC report. Both K-pop stars pleaded not guilty, but were accused of violating the Act on Special Cases Concerning the Punishment of Sexual Crimes, aggravated by their participation in the online chatroom KakaoTalk, where the secret sex tapes were shared.

He was sentenced to six years in prison.

Choi, a former member of boy band FT Island, denied raping the woman, and had argued that he did not remember having sex with her and that if he had, it was likely consensual.

"We can't imagine the pain the victims might have felt who found out later".

Goo's ex-boyfriend threatened to "end her entertainment career" by leaking the footage, and a CCTV clip showed her kneeling before him apparently begging him not to.

Lawyers for Jung and Choi could not be reached for comment.

"I deeply regret my foolishness and I feel great remorse", said Jung. Both men are also required to complete 80 hours of a sexual violence treatment program as well.

The court did not identify any of the victims of rape as minors, but South Korean law protects children from all registered sex offenders despite the nature of the crime.

Lee Seung-hyun, a former member of K-pop group Big Bang and known by the stage name Seungri, is also on trial over accusations he paid for prostitutes for foreign businessmen to drum up investment in his business.

With his debut album in 2013, Jung earned the award for Best New Male Solo Artist of the Year at South Korea's annual Gaon Chart K-pop Awards. He quit the group, and the entertainment industry, as the sex video scandal erupted in March.