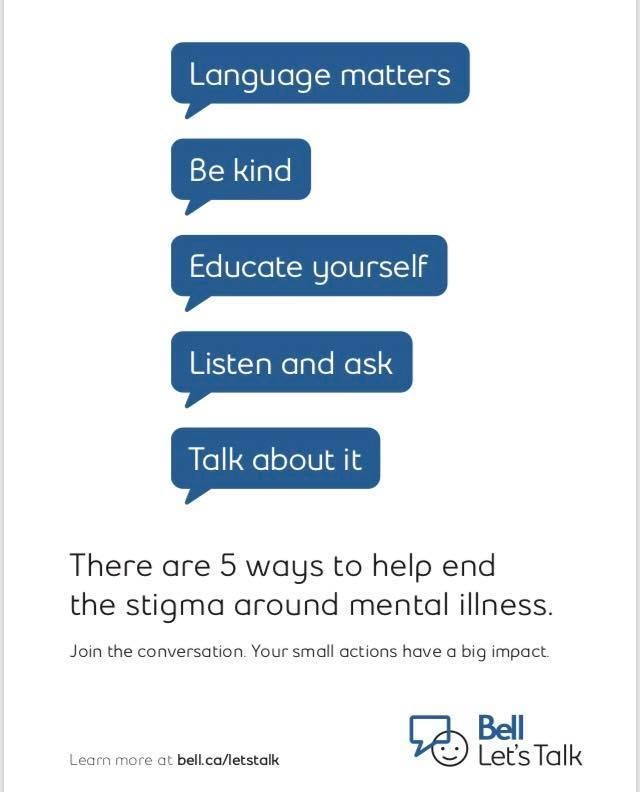 Last year, there were 145,442,699 interactions, which means well over $7-million was raised towards mental health initiatives.

On Snapchat, each time you send a snap using the Bell Let's Talk filter.

According to the Mental Health Commission of Canada, one in five people in Canada will experience a mental health issue or illness in any given year.

"Since we launched in 2010, we have partnered with more than 1,000 organizations providing mental health services throughout Canada, including hospitals, universities and other care and research organizations", said Bell MTS manager of communications Morgan Shipley.

Today is the day we at Bell continue the conversation in order to raise funds and awareness of mental health issues across the country.

So for the rest of the day, get texting, tweeting, talking, listening and, most importantly, supporting what's a very important cause! Officials from the local branch of the Canadian Mental Health Association will be there with blank signs that they will use to encourage fans to create positive messages.