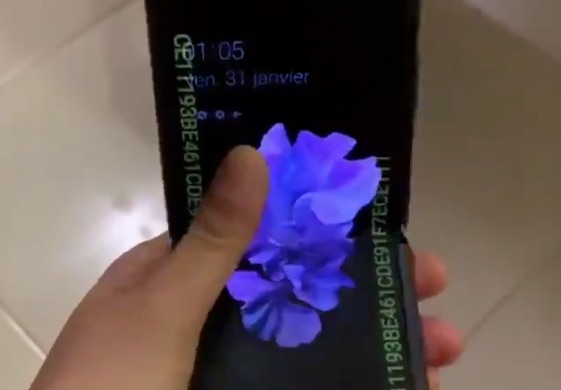 Though Fast Company has not verified the video, it is likely to be legitimate considering who leaked it and the fact that it's widely known Samsung is going to publicly show off the Galaxy Z Flip in just eight days time, on February 11, at its annual Samsung Unpacked event in San Francisco.

The 19-second clip was posted to Twitter by Yunis Ali and quickly reposted by Ben Geskin. The Galaxy Z Flip apparently will arrive with much higher specs than the Razr on most counts and at what is projected to be a cheaper price. When the phone is closed, you can see a small, 1.06-inch screen alongside a dual-camera setup and an LED flash.

The user opens up the device single handed without too much of an effort / stretch - and this user seems to have small hands.

Granted, we already know basically all there is to know about Samsung's new foldable handset thanks to a bevy of previous leaks (none of which have been confirmed, by the way, including this new video), but hey, it's still cool to finally get our eyes on the thing in action. The egregiously-named Galaxy Z Flip is one of them, and a hands-on video of the device has now surfaced. Upon opening, the screen reveals a massive, 6.7-inch Dynamic AMOLED screen with a punch-hole selfie camera. It remains to be seen whether Samsung was able to work around this issue.