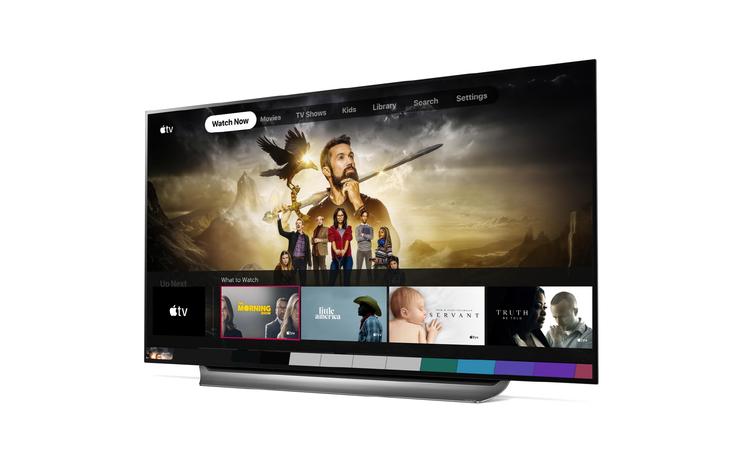 LG TV owners can access the ‌Apple TV‌ app from the LG Home app Launcher, and along with ‌Apple TV‌+, LG users can also subscribe to Apple channels and access their iTunes libraries to rent, purchase, and watch TV shows and movies.

At CES 2020 last month LG announced it would be available by default on 2020 TVs as well as those from older generations, but there was no rollout date for the 2019 TVs.

LG's WebOS-powered TVs can now be used to enjoy Apple TV+ originals like The Morning Show, Dickinson and more.

LG's TVs offer users a cinematic experience with the best picture and sound on the market to match the constantly growing number of programs from top global content providers. Many are now in 4K with Dolby Vision HDR support too, as is compatible with the majority of new LG TVs.

The compatible TVs are: 2019 OLED TVs, NanoCell TVs (series SM9X and SM8X) selected Ultra HD TVs (series UM7X and UM6X). While we learned that the 2020 models would include Apple's TV app when it launched, LG did not provide a date on which the 2018 and 2019 models will be supported except for "this year". According to Apple's website, other TV manufacturers including Sony and VIZIO, only offer AirPlay 2 support for now.

Also supported is Apple HomeKit, which lets users easily and securely control their TV with the Home app on their iPhone, iPad or via Siri, enabling them to power on or off, switch inputs and more.

2019 LG TVs will now have Apple TV+. As for LG's 2018 TVs, the company doesn't release any specific information, just that the Apple TV app will be available "later this year" for these models.