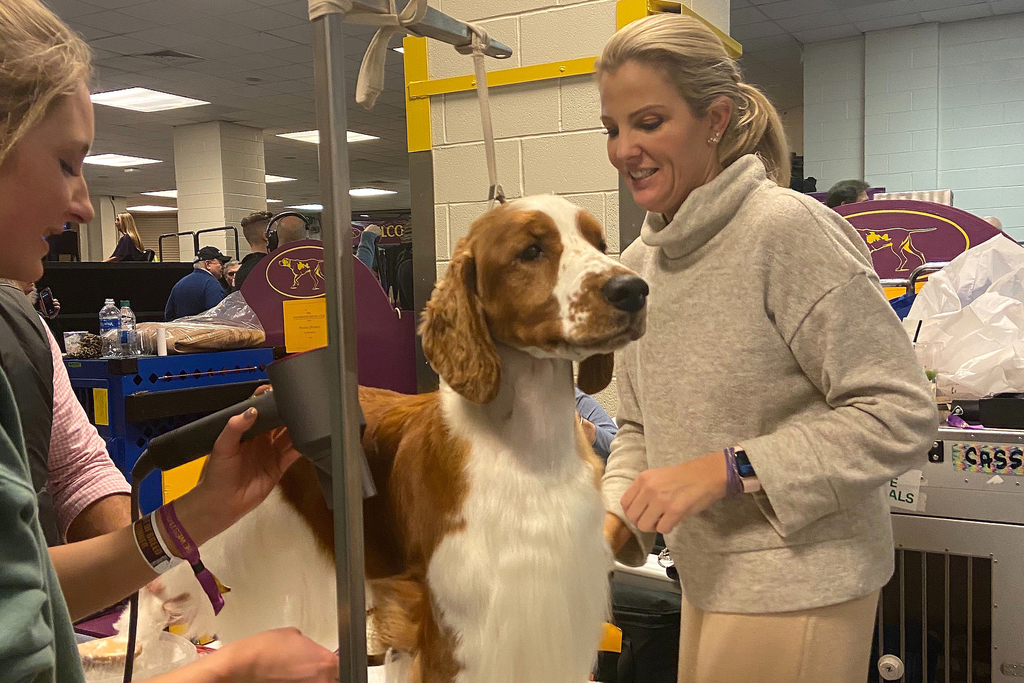 One of the show dogs getting primped for the big TV debut. Credit Ilyse Liffreing

The event has been held annually at New York's Madison Square Garden since its inception in 1877, but it was only eight years ago, with the hiring of Glow, that it began doing social around the event (and throughout the year with efforts like "The Road to Westminster", sponsored by Purina Pro Plan).

Close behind Siba was Bourbon the Whippet, who won second place - also known as Reserve Best in Show - at Westminster this year. This is fifth win overall for the Standard Poodle and the first since 1991.

Siba advanced to the final round as the champion of the non-sporting group, going head-to-head with the winners in six other groups - hounds, toy dogs, herding dogs, working dogs, sporting dogs and terriers. It is the 5th win for the breed, good for fourth-most all-time.

Siba accepts her trophy as the Westminster Kennel Club's best in show on Tuesday night.

There was Bourbon, the second-ranked dog at Westminster and victor of several Best in Show events in the weeks leading into competition.

The top dogs declared in the hound, non-sporting, herding and toy groups on Monday stood out among the more than 2,600 dogs entered in Westminster, the most prestigious annual event for show dogs in the United States. Wire Fox terriers have won 15 Best in Show titles from Westminster.